Masonry Construction: Older Than History Itself 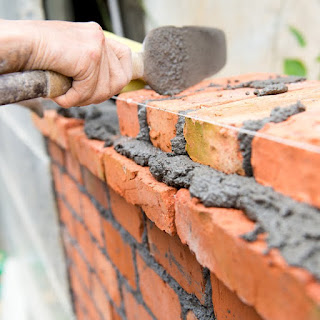 Masonry has been around since the beginning of time, or so it seems. As one of the oldest forms of construction, it has been a part of our living spaces the world over. The process of its history is simple, but its need is complicated and great.

It is said that the Neolithic Revolution is the birth of masonry, approximately 10,000 years ago. Included in this from 9,000 to 7,000 BC is the development of the Fertile Crescent, a process of crafting mortar or plaster with fire was discovered.

When combined with mud, stone, or straw, the mortar was used to build the first man-made, permanent structures in the world.

Masonry would quickly become the choice for building a civilization that started as Egyptian pyramids. Today, there are several of structures left from those times still standing. Eventually, the wood-based construction would eclipse the popularity of stone masonry. But masonry is a craft that is still used commercially and residential today.

Masonry construction is considered a noble trade and has been since the medieval ages. A seven-year apprenticeship was established as a stonemason’s guild and became the requirement to enter the profession. There are three classes of Masons according to the guild:

Today, in other countries, a student must train for four years under a master mason to be considered having enough experience to work solo. The modern advancements in techniques and technology still continue to advance in Masonry.
Posted by Unknown at 8:54 AM